A refreshing take on the popular 90's series; Power Rangers is a story with some pretty cool imagery, heartwarming scenes peppered with bits of humor throughout the movie, action scenes of comparable quality to a great action flick (albeit too short battle scenes) and a promise of more to come.

In the opening moments, flashback 65 million years to an era long gone, a fiery battle results in all but one of the original rangers being killed; he Zordon (Bryan Cranston) proceeds to bury 5 colored coins to be found by a future team of rangers.

In present day Angel Grove, cue in high school mischief seeking Tigers' quarterback Jason Scott (Dacre Montgomery), leading in a cow to the high school locker room. Why? For laughs? We can only deduce that the poor cow was deemed to be funny if found in the locker room. Problem is that said cow had other ideas and refused to stay put! In a prank that goes from bad to worse, Jason runs from the police chasing him and proceeds to essentially ruin his promising future in football by crashing into multiple vehicles. Which leads to Angel Grove high school detention scenes reminiscent of 80's hit The Breakfast Club.

Various reasons bring these 5 ordinary teens, Jason, Billy (R J Cyler) the geek, Kimberly (Naomi Scott) the ex-cheerleader, Zack (Ludi Lin) the crazy one and Trini (Becky G) the loner, to the site of an old abandoned mine on a moonlit night; hacking at a mysterious wall to discover 5 colored coins to forever change their future. After a possibly life changing incident, these 5 kids wake up to find physically stronger versions of their selves each armed with a levitating colored coin.

Thus begins the discovery of an unbelievable world beyond a body of water; into an existence where they are no longer just a bunch of high school misfits but also a team of powerful rangers. Can they afford to remain 5 detached high school kids ensconced in their own world?; or can they step up to take on the responsibility of coming together as a team? Specifically, the Power Rangers, to save their home and planet from the enemy Rita Repulsa (Elizabeth Banks).

This film feels more like an introduction to the 5 power rangers; how they came to be, the power that they yield and a hint of future sequels to come. We dare say that the upcoming sequels should have an even better plotline. This coming-of-age high school tale does surprisingly well in having the right combination of heart, humor, and action and is worth taking the time off to catch, even those who are not familiar with or fans of the franchise. And if you are a fan, what are you waiting for? Go book your tickets! 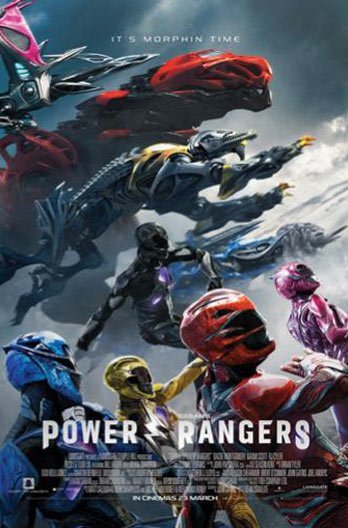